A luxury facility on the coast of east-Antarctica

Originally a Russian research station, Oasis Guesthouse is now a tastefully refurbished inn and the only 'hard roof' commercial base in Antarctica. Situated in the Schirmacher Oasis in Queen Maud Land, the Guesthouse is adjacent to the Russian base Novolazarevskaya (Novo) and only 15km from ALCI Airbase, the runway servicing flights out of Cape Town in South Africa. This makes Oasis Guesthouse the perfect staging post for expeditions, treks and flights to the South Pole, emperor penguins colonies and the spectacular mountains of Holtanna and Ulvetanna. 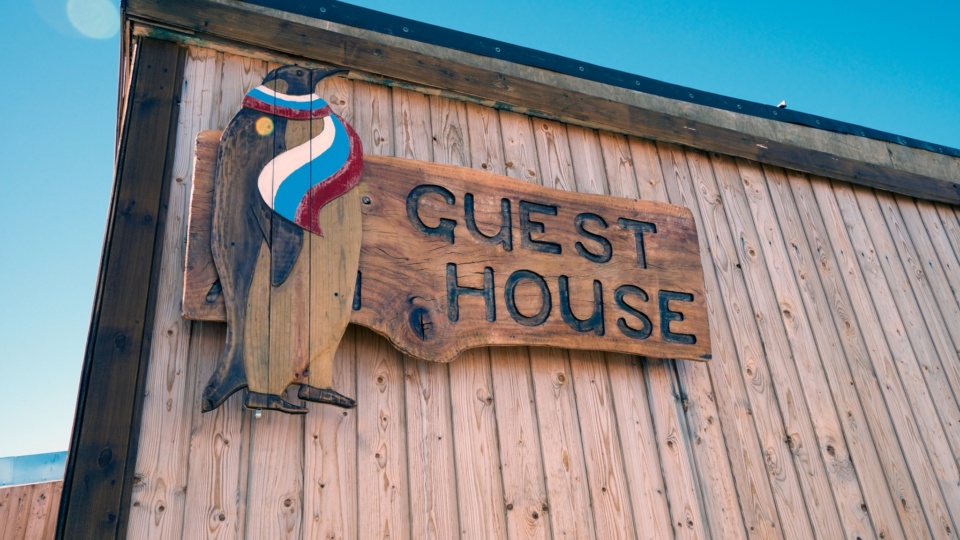 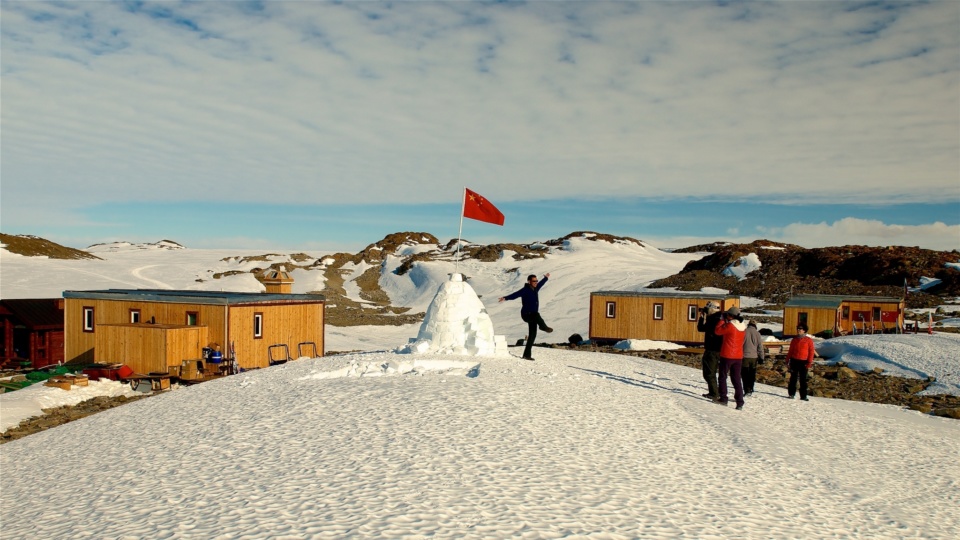 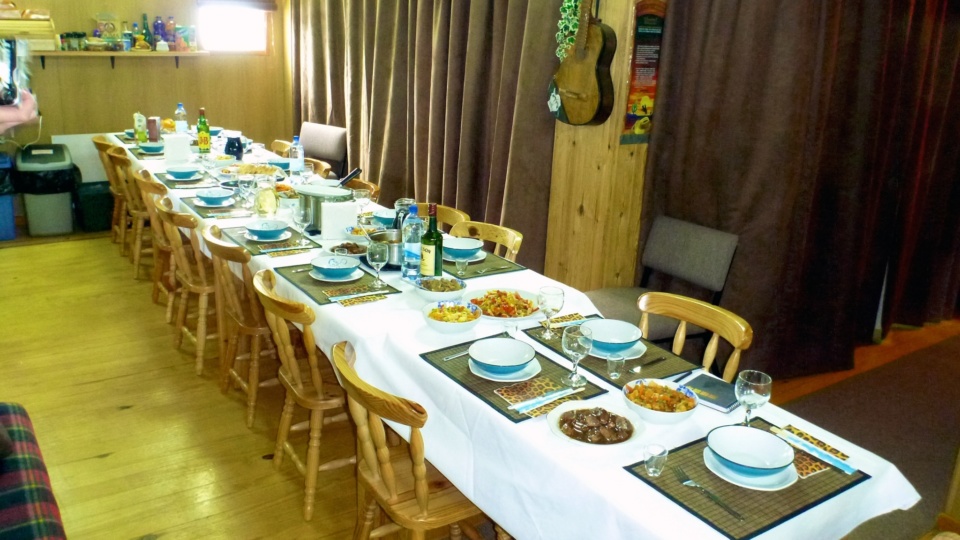 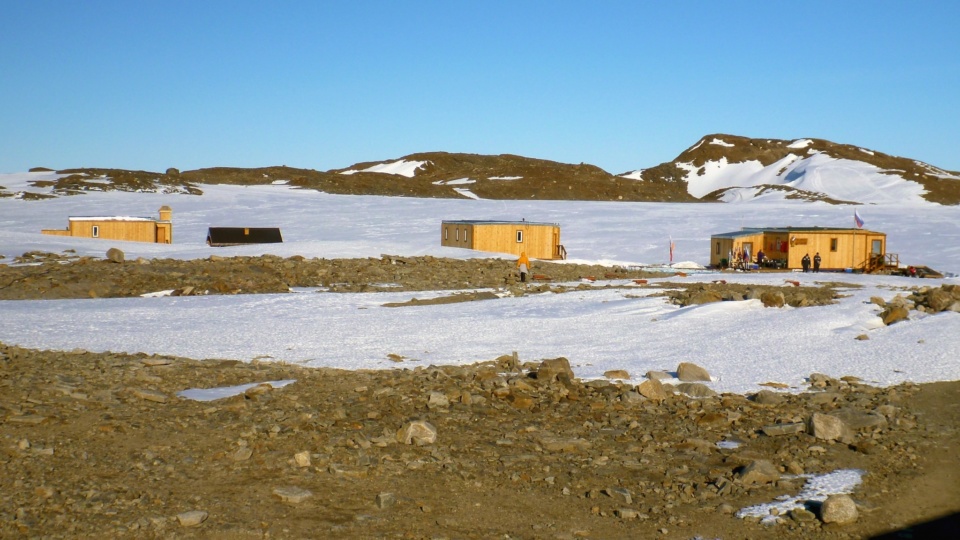 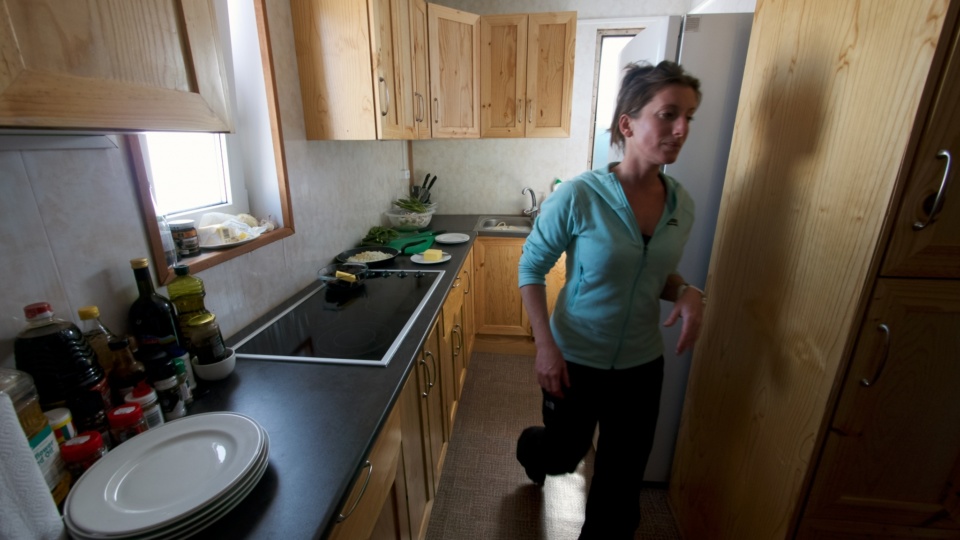 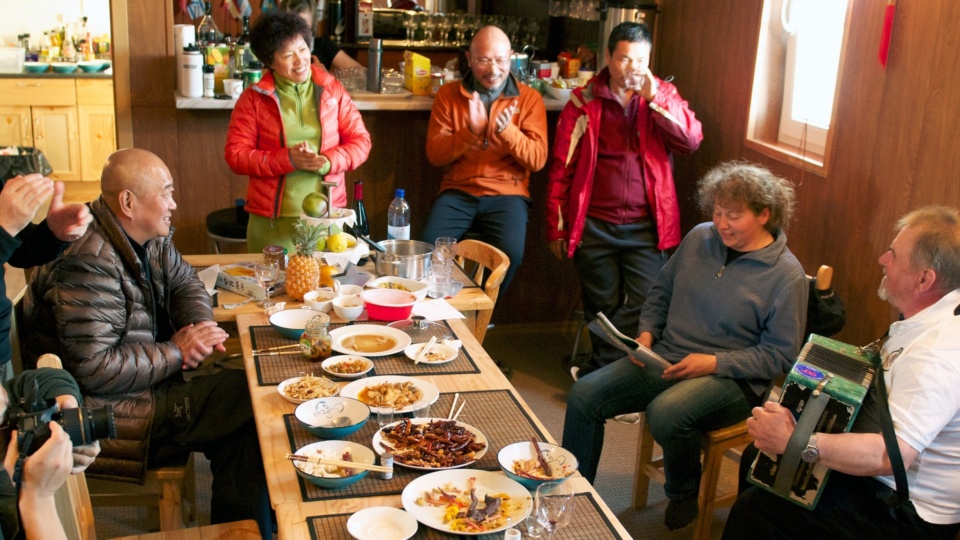 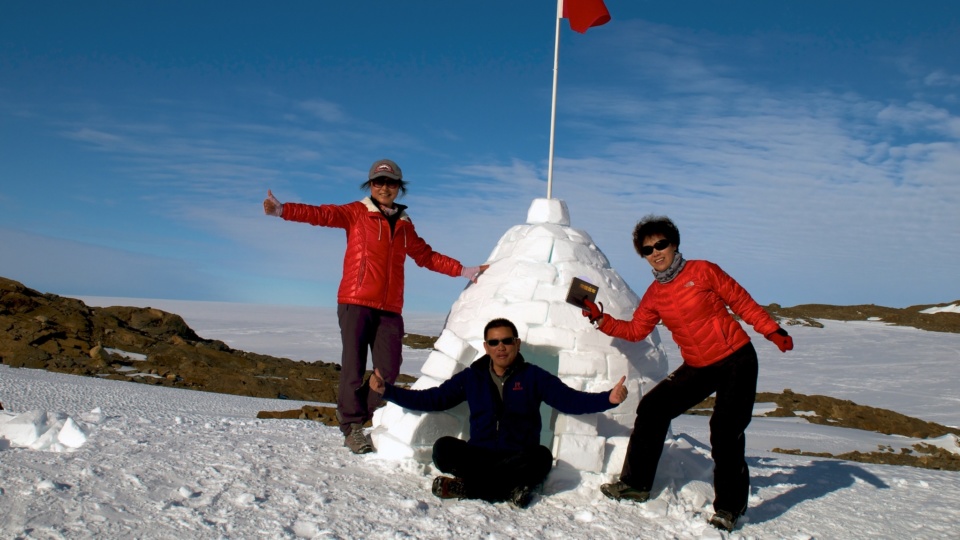 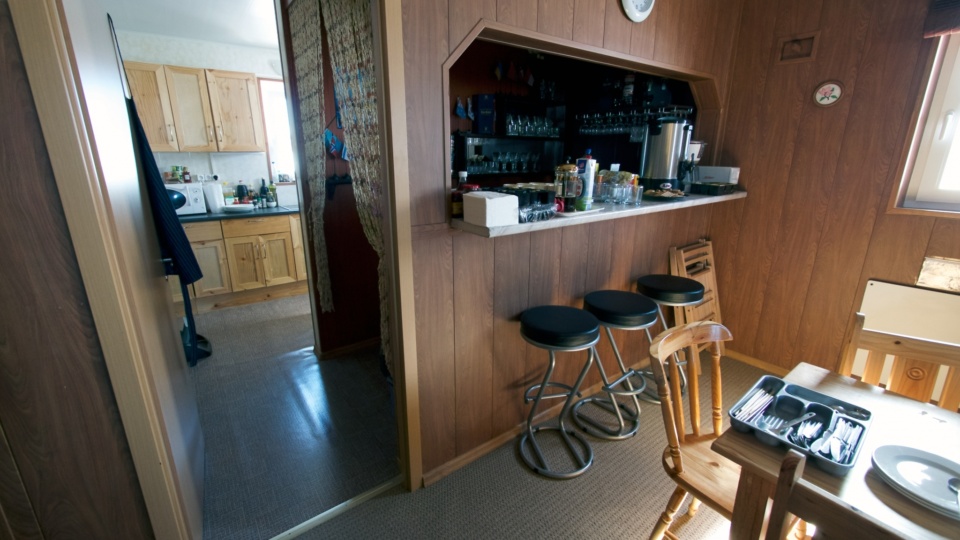 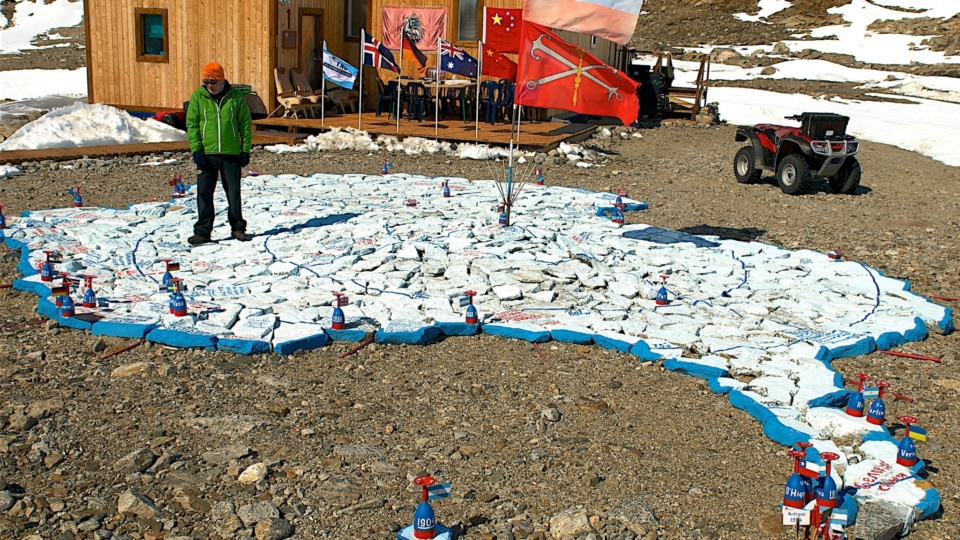 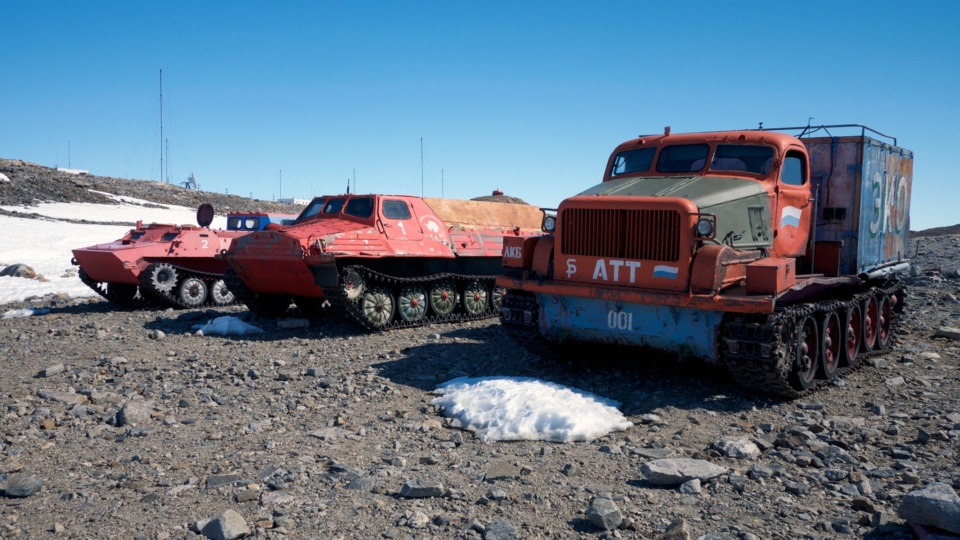 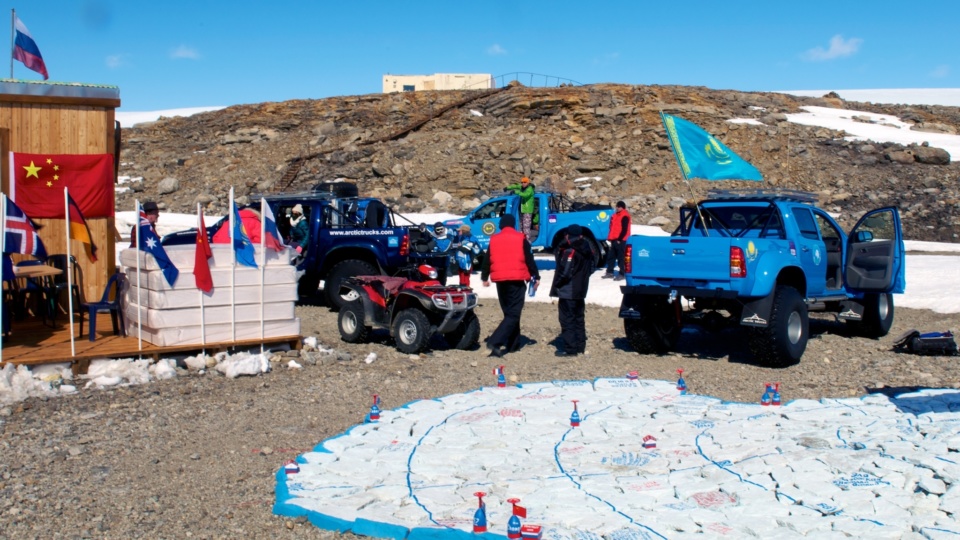 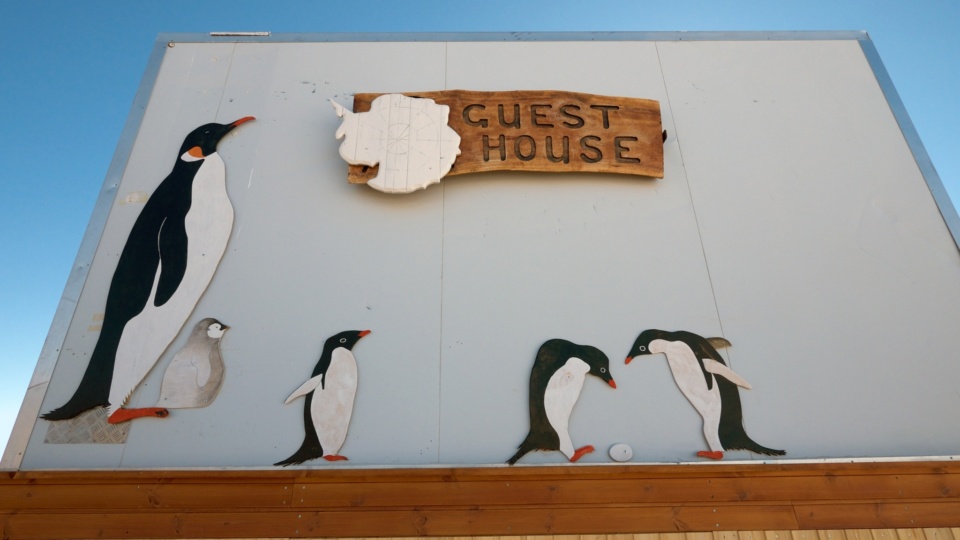 Oasis Guesthouse is a permanent structure but only used during the Antarctic summer season from November to January. It comprises three main buildings - House One, which holds the kitchen, dining room, bathroom with toilet, shower and washing facilities, a large bunk room and staff quarters. House Two is the primary accommodation block with 15 beds spread across 6 rooms and its own toilet. House 3 contains another kitchen and dining area and can also be used as a library, cinema, lounge area or additional accommodation. It also has its own toilet. These beautifully constructed timber buildings are more reminiscent of ski chalets than a Russian station. 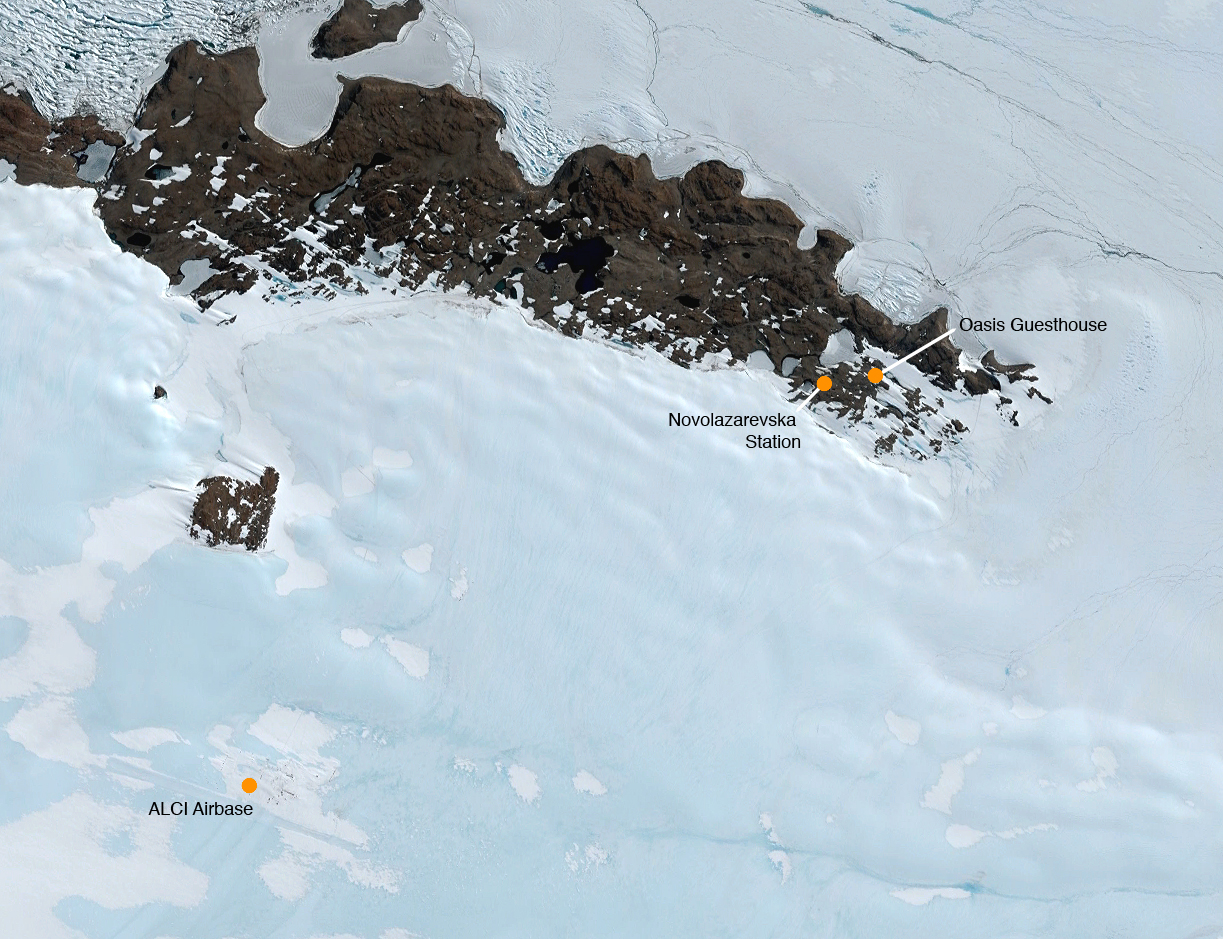 The Guesthouse has a range of modern facilities that make your Antarctic stay very comfortable. Each of the three houses is heated and powered with convenient European outlets for charging and contains a shared toilet. Accommodation rooms contain beds, mattresses, pillows and bedding and range in size from 6 person to single person rooms. The main dining room, where you can help yourself to tea and coffee and snacks any time of day, also serves as an entertainment area with large-screen television and stereo system and comfortable seating. House 1's bathroom has a shower which of course is used sparingly as power and water are commodities that are always used judiciously in Antarctica.

Breakfast is continental style and lunch is either on-the-go with sandwiches, snacks and drinks or sit-down with sandwiches, soup and an occasional cooked meal. Dinners are more formal and prepared in House 1's kitchen by a cook and served at a large laid table with the offering of South African wine.

The kitchen and dining area in House 3 can also be used for groups preferring to prepare their own meals.

Oasis Guesthouse also boasts an authentic Russian sauna (banya) available to guests based on water and power availability. The sauna also has a shower facility.

With 24-hour daylight there is always opportunity for indoor and outdoor activities. Indoors we offer games, reading, movies, music and socialising with a coffee or a glass of wine. Outside, Schirmacher Oasis is a unique mostly ice-free expanse of rocky hills interspersed with snow slopes and frozen lakes. The walks in this region range from easy to moderate and can be tailored to suit the group. A short distance north lies a large ice shelf that stretches to the horizon and the interface between rock and ice creates wonderful formations and features that are within walking distance. Using spikes on our boots, called crampons, we can walk directly on the ice and frozen lakes, and its here that we get a true sense of this icy continent. A five-minute walk away is the Russian base Novolazarevskaya, and we can take a tour of the station to observe some of the work done here throughout the year. To the south of Oasis lies the great Antarctic plateau and we see it clearly stretching into the abyss. We can take drives in the Arctic Trucks and Hagglunds to see some of the spectacular sights at the plateau's edge and climb some of the easy peaks that emerge through the ice. Further afield, and requiring flights in the Basler aircraft stationed at ALCI airbase, are Emperor penguins, the Holtanna and Ulvetanna mountains and of course the South Pole, but these destinations or mostly pre-determined by your itinerary.

There is a caretaker and cook stationed at Oasis Guesthouse for the season. When groups arrive they are accompanied by an appropriate number of guides from Icetrek and from The Antarctic Company who run the Guesthouse. At the nearby ALCI Airbase there is a doctor and a seasonal crew who manage the airbase and all associated programs. The airbase has a number of over-snow vehicles and drivers who participate in the programs out of Oasis, transporting groups to the various surrounding locations.

Coastal Antarctica between November and January is relatively warm, between -15 and 5C, with temperatures dropping to -35c high on the plateau. As such usual ski clothing is adequate for outdoor excursions on the coast and insulated polar clothing for the plateau which we provide to scheduled South Pole groups. Surrounding the Guesthouse and within the Schirmacher Oasis are many hazards such as crevasses, steep ice and rock cliffs and thinly-frozen lakes and it is advised not to wander beyond the confines of the Guesthouse without a guide.

Oasis Guesthouse. Your comfortable gateway to a host of Antarctic adventures.

Join a trip and experience Oasis Guesthouse for yourself